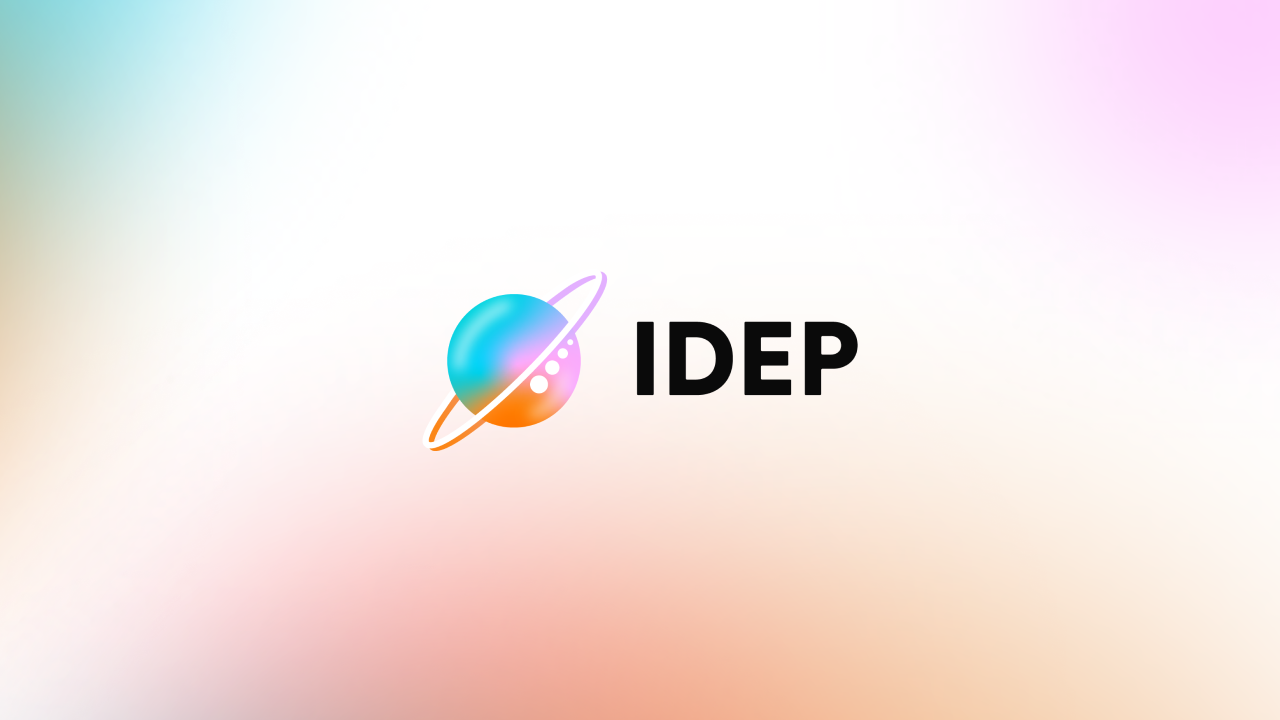 IDEP is an NFT2.0 Blockchain that focuses on decentralized digital media. It is built using the Tendermint consensus engine and Cosmos SDK. IDEP will launch with 3 main foundational models to kick start the ecosystem. Uptake - the next generation NFT2.0 platform, IDENTT - a hyper extensible on-chain profile, and IDEP-Swap - an AMM swap and marketplace for digital assets. IDEP is the native utility token of the IDEP Network. 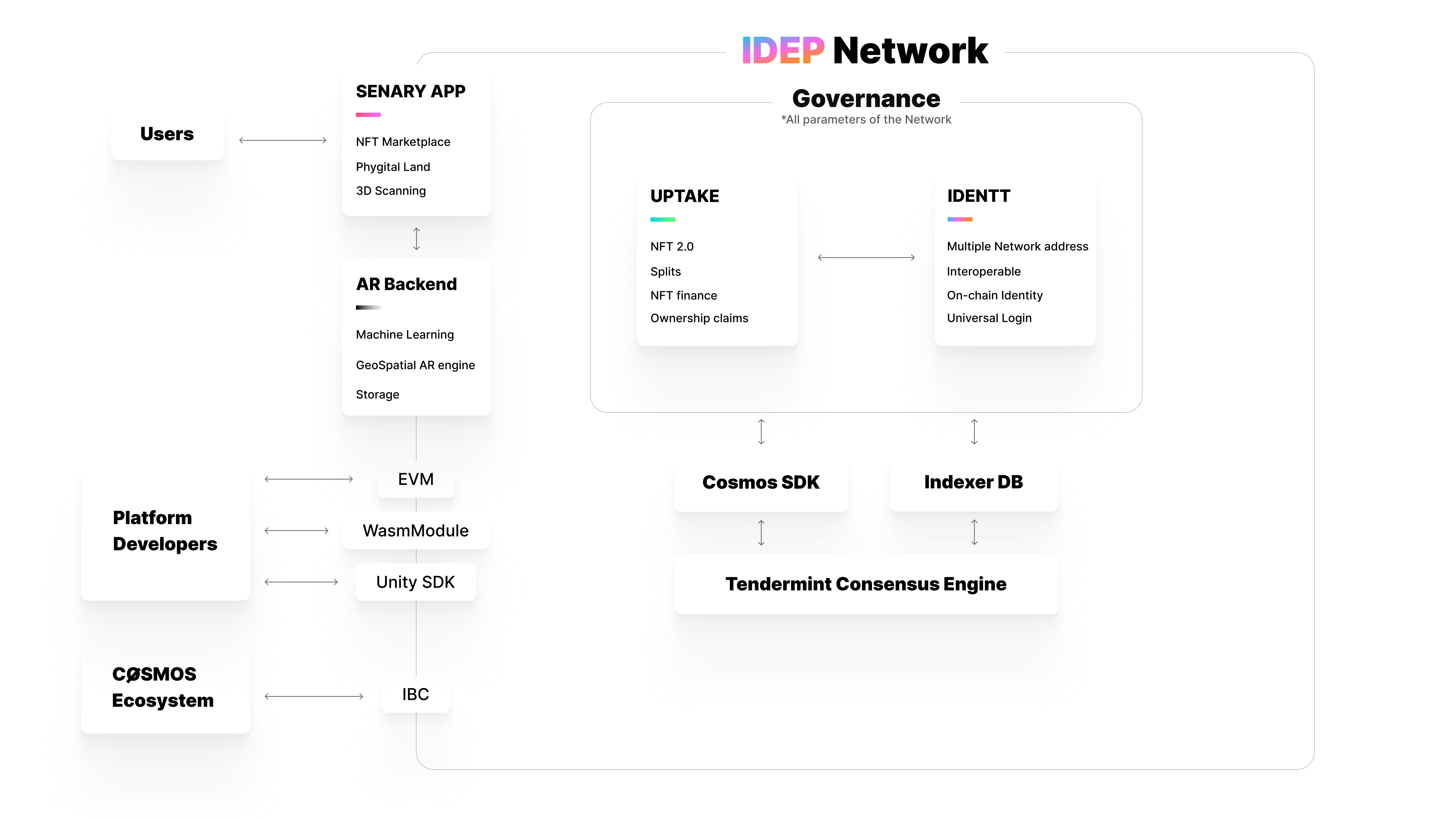 Uptake is IDEP’s one-stop NFT native module. Uptake will allow creators to quickly mint any form of NFT. The Uptake interface will come in 2 flavors. First, there is an elegant UI/UX for everyday use. Second, a more extensible SDK version will be deployed allowing developers to create intricate versions of NFTs ready to natively integrate into their games and dapps. Uptake allows users to take advantage of an extremely descriptive NFT2.0 standard. With the implementation of an extensive keystore value (with the ability to reference off-chain and on-chain files in the NFT2.0 standard) Uptake allows users to construct and hybridize various versions of physical and digital NFT’s. Once the minting is complete, the owner is then able to completely customize his or her tokens. The customizability of tokens means that creators are free to decide upon their functionality, total supply, target recipients, name, and branding.

IDENTT is an open-source lightweight standard that will allow for decentralized governance, asset ownership, a reputation system, and more. For a small fee the profile can be minted to serve as the basis for all on-chain social activities. By using blockchain technology, on-chain identities become permanent, platform-agnostic, and interoperable. They allow users to maintain their personal social reputation across all systems and logins. From a foundational perspective, a decentralized profile is a smart-contract address that represents a person, company, or object. By placing the identity infrastructure inside a smart-contract, we can make use of the complex logic that can be added to it and leverage intractability that comes with it.

IDEP Swap is IDEP Network’s on-chain Auto Market Maker (AMM), that provides liquidity to blockchain native NFT2.0, the IDEP utility token, and other fungible tokens. IDEP swap adopts the Constant Product Market Maker (CPMM) model. CPMMs are based on the function x ∗ y = k, which establishes a range of prices for two tokens according to the available quantities (liquidity) of each token. Within IDEP Swap, users can trade token pairs or provide liquidity to a chosen liquidity pool by depositing tokens to provide equal liquidity on both sides of the trading pair. IDEP Swap also has the ability to deploy a customizable NFT2.0 marketplace. This feature gives artists and content creators a simple way to integrate their own decentralized marketplace. Native NFT marketplace integration is crucial for industry-wide adoption such as gaming and video streaming.

IDEP Network takes the philosophy of implementing a purpose-driven blockchain. Many of today's Blockchains are general networks that are applicable to many use-cases. This lack of focus and broad use cases rarely brings a concrete framework to major industries. This negatively impacts the native projects and communities. IDEP believes that blockchain architecture should be tailored to create an ecosystem that is best suited to incubate and nurture a specific community. IDEP allows for real world use cases solely directed towards the digital content arena. This hyperfocus allows creators and users to easily intermingle with one another to better share new ideas and foster new relationships.

IDEP Network is part of Cosmos, a blockchain network architecture. Cosmos is a network of many independent blockchains, called zones. Each zone in Cosmos is connected through the Inter-Blockchain Communication (IBC) protocol which allows Cosmos blockchains to communicate to one another. The IBC protocol can be defined using two types of transactions; an IBCBlockCommitTx transaction, which allows a blockchain to prove to any observer of its most recent block-hash, and an IBCPacketTx transaction, which allows a blockchain to prove to any observer that the given packet was published by the sender’s application via a Merkle-proof to the recent block-hash. By splitting the IBC mechanics into two separate transactions, we allow the receiving chain to determine which packets get committed, and allow for complete freedom on the sending chain as to how many outbound packets are allowed.

IDEP has fully integrated the Ethereum Virtual Machine (EVM) into its core architecture. By leveraging EVM as a basis, the entire knowledge base of Ethereum is directly applicable to IDEP - developers can utilize all the tools and tutorials that already have been built for the Ethereum ecosystem. This allows for existing projects from the NFT and digital media industry to easily transition from Ethereum to IDEP to take advantage of fast transaction speeds, security, and low gas fees. Ultimately, this will allow projects to cooperate with other digital content minded projects in one ecosystem.

IDEP is the utility token of the IDEP Network used to pay for transaction fees and services and will be minted and distributed as a staking reward throughout the life of the ecosystem. 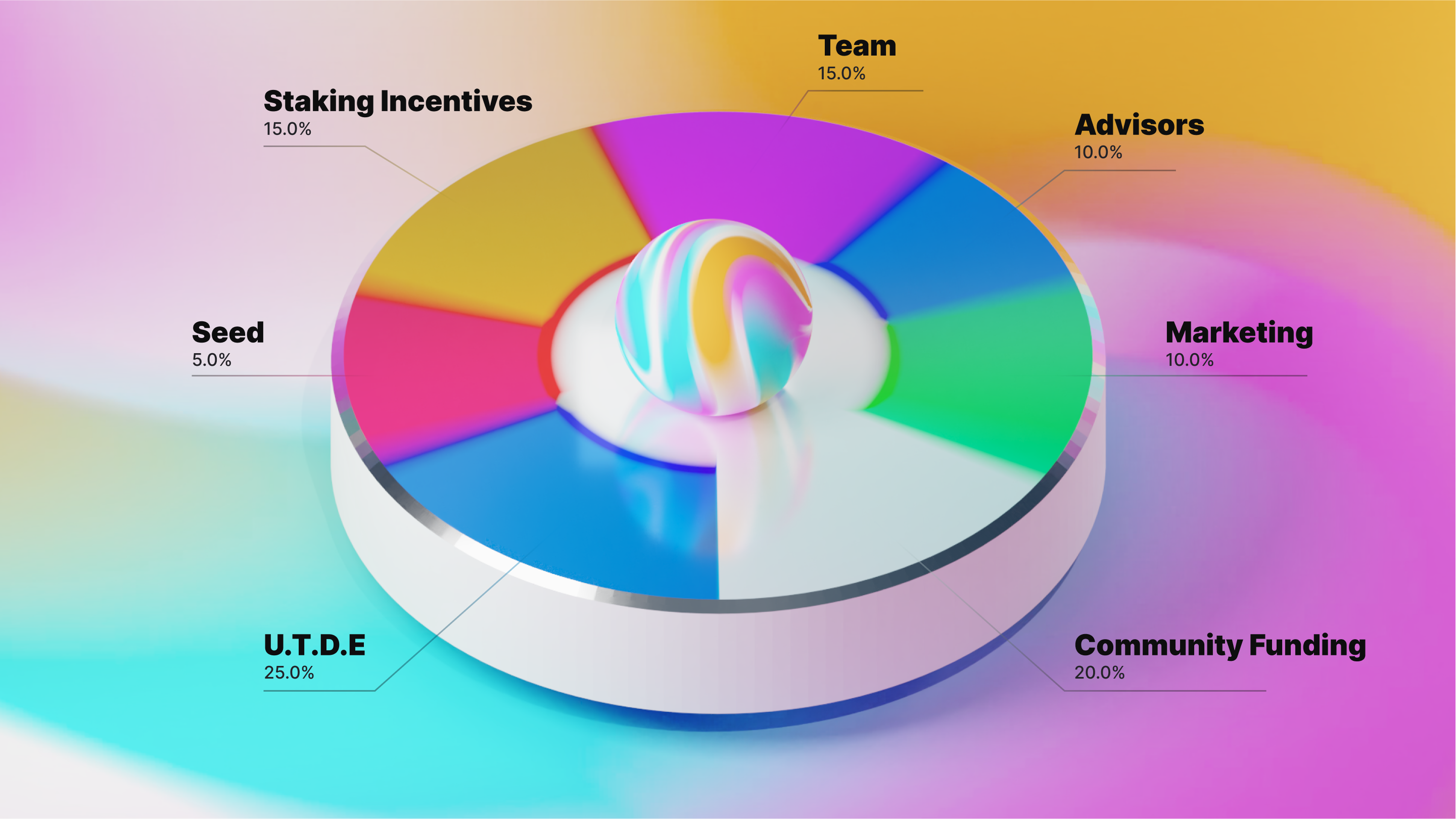 The IDEP Foundation aims to involve the whole community to participate in the next generation NFT ecosystem. IDEP is the project governance token and IDEP holders can participate in governance through staking their tokens with validators that best represent their vision for the network. As the ecosystem creators, the IDEP Foundation is contributing all the necessary initial resources and is presently governing the ecosystem to nurture and grow the project at its early stages, to facilitate the long-term growth as efficiently as possible.

IDEP ecosystem participants are responsible for governing the IDEP Network, which includes but is not limited to: functionality improvements, tokenomics, infrastructure. Anyone can join the ecosystem and become an IDEP holder to help shape the future of decentralized digital media.

All users can submit proposals to the DAO, and all IDEP holders are entitled to voting rights for proposals that are relevant to them.

Community members can submit their proposals to improve the overall ecosystem design of IDEP, such as standards improvement plans, community modules, new bridges, and etc.

Community members can decide the most important metrics of IDEP Network as well as proposals concerning the tokenomics of the network. Examples of the metrics include but not limited to: 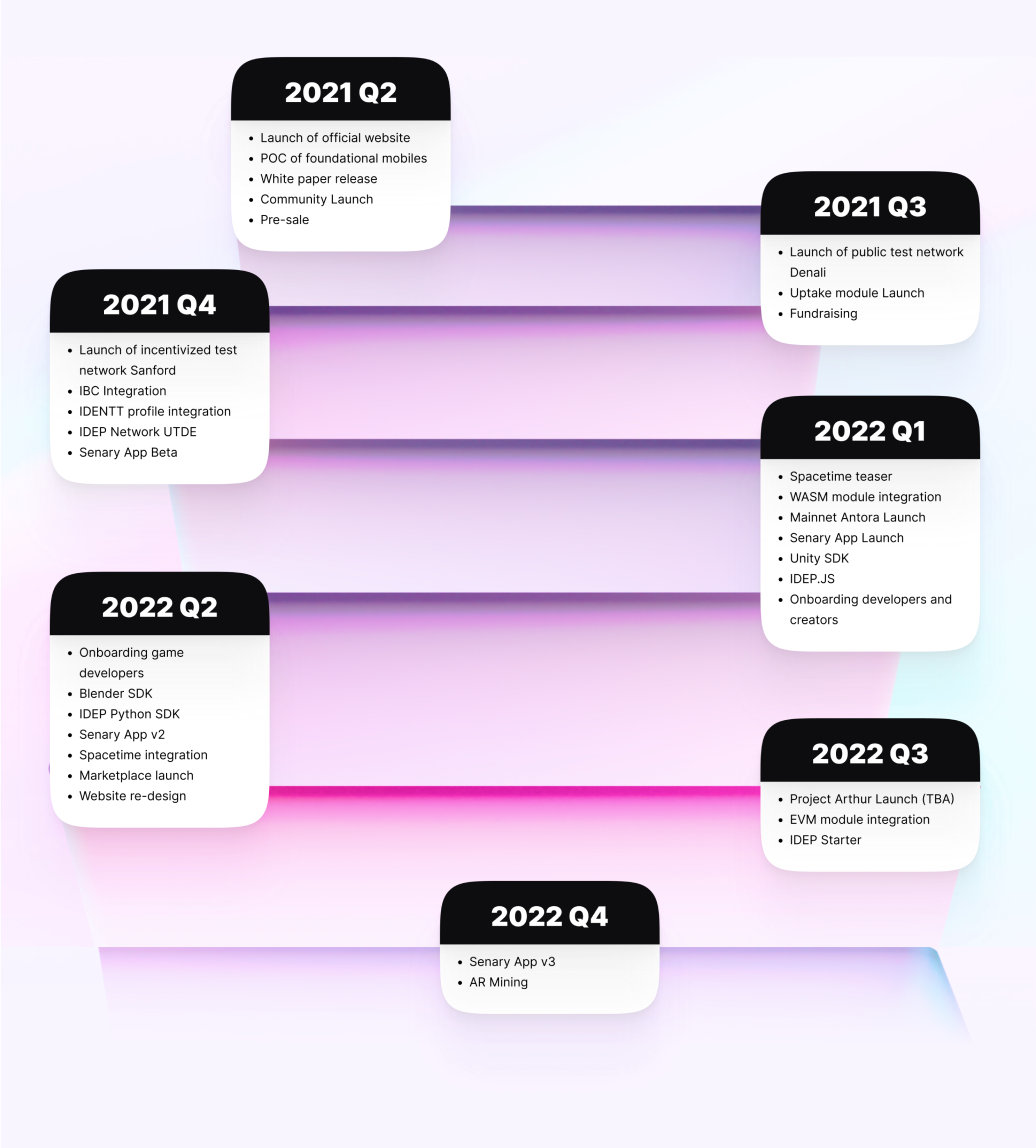 The IDEP Network aims to become the impetus that introduces and standardizes blockchain technology in the digital media domain. The IDEP Foundation’s commitment will not stop at the initial foundational modules and standards. From 3D ingame assets to merging physical and digital assets into a perfect union, the true potential of IDEP is endless.

IDEP Network’s architecture and implementation is still undergoing rapid development and optimization, with questions regarding what new modules to create, to which bridge we should build to best help the network grow, as well as the fastest way to onboard new projects onto our Layer 1. For that reason, we invite all community members to proactively initiate proposals and vote to further optimize IDEP and build a more robust community and ecosystem.

IDEP Network is under heavy development, this Litepaper likely to change in the near future!